The camera is 2 million rubles

My name is Catherine and I am bankrupt by definition, but not in fact. Now I'm 30 years old. And I can not afford to get married and have children. What a man needs a woman with such problems? What children need a mother? I can still remember the 20012 year ... I really like the camera.

I wanted to be able to capture their most vibrant years, when there is no burden of responsibility and challenges. When everything else childish carefree. No bank has not approved I need at the time the amount and only one gave the greatest evil for the unskilled hands - credit cards that limit several times higher than the required amount. I got a camera. And much more.

For a girl who I had spent all his childhood in poverty. He wore old clothes, eating foul food, slept on a mattress in the Leaky zachuhannoy cold apartment. In 2012, I already had a job, which is more or less covers a relatively normal life - utilities, not the worst clothes, not the bad products.

I remember the feeling - when I had the opportunity to dispose of a lot of money. It was great and intoxicating. Sami payments especially me not weighed. For one card followed by a second, then third ... For 20015, the total loan amount is already 600 thousand. The final nail in the coffin became my financial credit for business development at 800 thousand. By January 2016 the business went bankrupt already.

The relationship with the groom were broken and I was left alone with their debts. Until August 2016, I could provide for their payments, it had a good job, then went to the confusion and the salary cut, the first delay began. In the early spring of 2017 I lost my job in May, my father died, which leaves me another 400 thousand outstanding debts.

As of today, the amount of my debt is more than 2 million of debt, and the salary of this 20. She barely cover with monthly household needs. Oh ... my head would be on the head of the girls and the 22-year old would have such problems I never knew. The only way out is - the litigation with the banks. Then we could solve the situation.

But they are in no hurry to sue. And a good way out of my situation - submission to the court for bankruptcy. I'm not versed in the nuances of the judicial practice, the assessed value of my bankruptcy of 200 thousand rubles. Please help me to solve the situation. There will be no debt will not have problems. 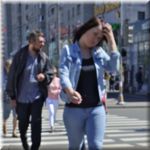 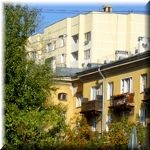 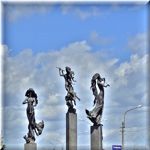