Help the disabled with cerebral palsy to achieve dreams

Hello, my name is Igor Ignatov, I am an invalid of the first group, my hands and feet do not work, I write with my chin. I was born in 1997.

He was brought up by his mother and grandmother, my father refused me, as soon as he found out that I was disabled, it happened about the first year of my life. As a child, I was treated in a rehabilitation center, after the appearance of Dysport, my spasticity decreased, pains in the hands and feet began to subside.

The injections were set twice a year until 14 years, this procedure was free of charge, and from the age of 16 we had to buy at our own expense. I finished 11 classes, studied at the Lyceum, I've had only a couple of friends in my life, in the end they all forgot about me and were lost.

At about 12 I had complications, spasticity increased, hellish legs and arms ached that I could not help but eat, lasted these pains for a year, then I let go a little, now seizures start to appear again, spasticy drugs are very expensive.

I used to do a lot on YouTube, create a website, create a computer game, but for health reasons I could not keep the channel for a long time, I soon abandoned both the site and the game. I recently moved to Russia, the city of Tyumen, I take a great interest in computer games, drawing and, more recently, writing.

I wrote one book to read it here: https://litnet.com/en/book/erron-shifer-duh-volka- b39129 It so happened in my life that, as I say, I am closed in four walls and communicate only in social networks, and in my books I realize, and it feels like living the lives of my heroes. I set a goal to write at least three books and become at least a recognizable writer.

I want to prove that I am no worse than American or Japanese writers and that I am no worse than a healthy person. My dream is that, I want to draw a comic from my books, but all artists do not agree to work just like that, but they require money, which I do not have. Still need funds for a drug called Disport, it relaxes the muscles, and spasticity stops worrying. 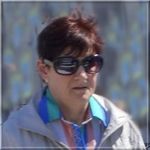 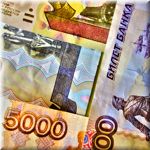