Hello! I am a single mother of many children. Help who than can, little things on girls 6 years, 4 years and 11 months, toys, and foods that do not spoil for a long time (pasta, oil, buckwheat, etc.). It is possible and money, but the most important little things warm. I got into a difficult situation.

I was left alone with three children. When I got pregnant the first daughter Lilichka I was 17 years old. I told my father of the child that I was pregnant, the next day he was off the phone, a few days later I learned that he had left the city, so we no longer see.

Communicate with others who knew the age of 14, he received me with a child, I became pregnant with a second daughter Lera. On the seventh month of pregnancy, I learned that it changes me and we parted. For two years I shined themselves only children and then again started a relationship. We are all linked well, I got pregnant again Lizonka.

I really cringed, but he begged me to keep the baby, we left the baby. Lizonka it has been three months since we had differences, and then we started to swear much. Things reached the point that he began to give children cuffs, then I divorced him. So we were left without fathers and are now living on one child allowances. Who is willing to help us please write to mail lana.yudina.94@bk.ru. 639002119006881008 card number. 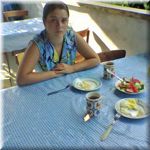 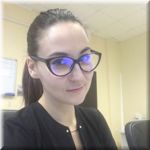 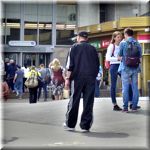